Are Killer Robots Coming? And how can we stop them

Developing fully autonomous weapons systems could be a reality sooner than you might think. Both the United Nations and the technology sector are currently discussing how these weapons systems should be regulated.

What are the ethical limits of the use of AI in weapons systems? What is the role of an individual tech worker? How can comprehensive international regulation be achieved?

The Campaign to Stop Killer Robots arrives at A Grid Mordor in Otaniemi on Thursday, 13 February. Join the discussion! After the event, there’s coffee and networking at the A Grid cafeteria.

The language of the event is English.

12.30 Opening by Pekka Orponen, Professor of Computer Science at the Aalto University School of Science

12.40 Laura Nolan: Case Project Maven. How Google was developing AI for weapons systems, and its employees rose against it

13.00 Frank Slijper: Slippery Slope. How far along is the development of autonomous weapons?

Laura Nolan is a software engineer who worked at Google in Ireland as a Staff Site Reliability Engineer. She was one of the (many) signatories of the “cancel Maven” open letter, which called for Google to cancel its involvement in the US DoD’s project to use artificial intelligence technology to analyse drone surveillance footage. She campaigned within Google against Project Maven, before leaving the company in protest against it. In 2018 Laura also founded TechWontBuildIt Dublin, an organisation for technology workers who are concerned about the ethical implications of our industry. Laura is an active member at ICRAC (International Committee for Robot Arms Control) and Campaign to Stop Killer Robots.

Frank Slijper is a project leader at PAX, a Netherlands-based peace organisation. Frank is an economist by training and an expert on issues related to the arms trade, export control and the arms industry. In his recent work, he has investigated the development of increasingly autonomous weapons and has closely followed discussions on this topic at the UN in Geneva. He (co-) authored three reports on this issue last year: State of AI, Don’t be Evil? and Slippery Slope.

Pekka Orponen is Professor of Computer Science at the Aalto University School of Science.

The event is organised by members of the Campaign to Stop Killer Robots in Finland. The Finnish member organisations of the international coalition include Peace Union of Finland, Committee of 100 in Finland, the Finnish Peace Committee, Technology for Life and Women for Peace. 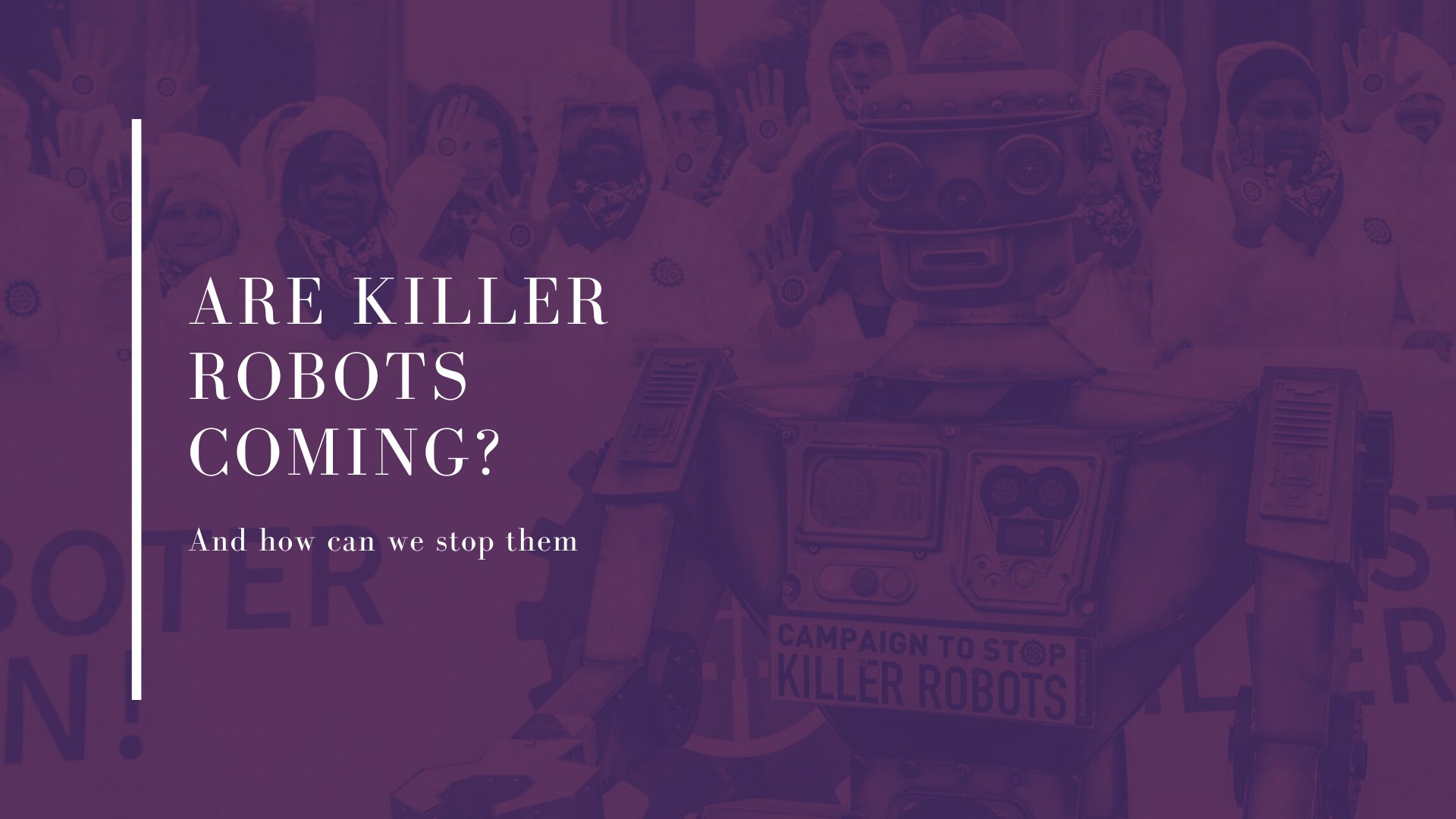